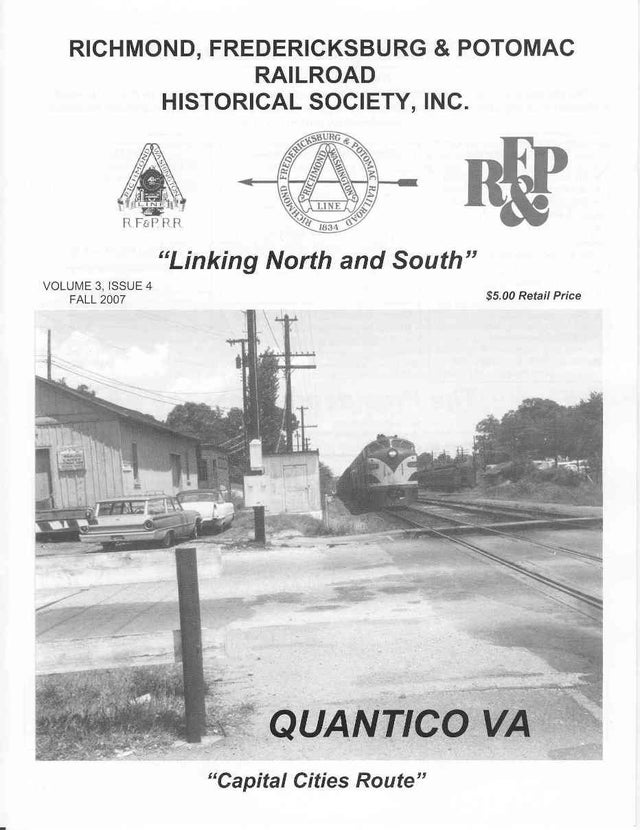 Volume 3, Issue 4, highlights the history of the town of Quantico Virginia and the RF&P. The text was written by William E. Griffin, Jr., who also supplied the photos of the station through the years that accompany the story. Included is a 1980 track plan of the Quantico area showing the many sidings and the railroad buildings.

The issue also contains several pictures of the station as it exists today as well as some postcard views from the early 20th Century provided by Raymond Lowry III. Rob Furney, Jr., has provided us with another of his articles. This one recalls his early years with the RF&P, sharing one of his earliest cab rides. The Once-Upon-a-Timetable segment transports us back December 1949 for our trip from Alexandria to Quantico.