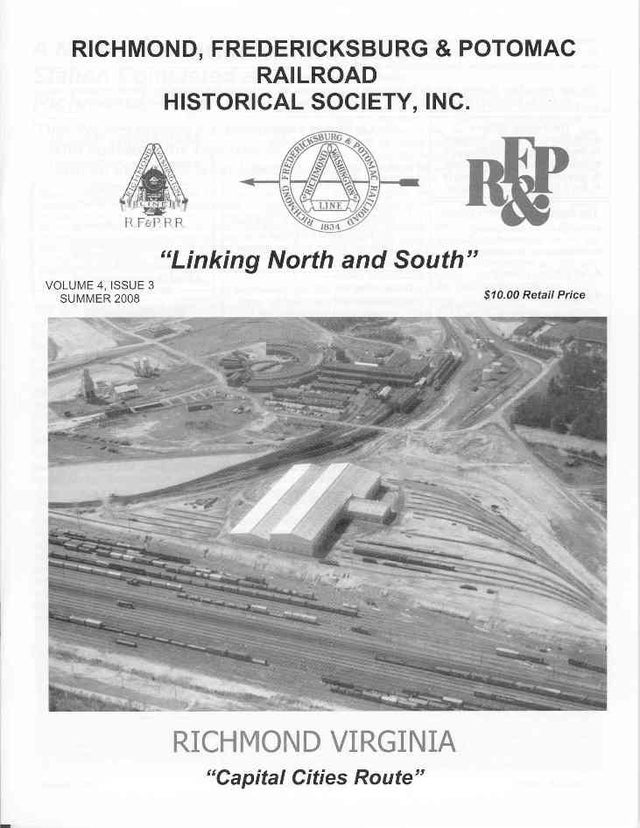 Volume 4, Issue 3, of the RF&P RR Historical Society’s newsletter focuses on the major facilities located in Richmond Virginia and their activation during the Twentieth Century. First up is an article from the February 1919 issue of Railway Age magazine titled “A New Passenger Station Completed at Richmond, Virginia.” It describes the rationale for the stations location and provides a detailed description of the building’s construction. The next article appeared in the March 1st 1924 issue of Railway Age and is titled “Advanced Design in New Engine Terminal.” It provides a nice overview detailing the need for and construction of the engine servicing facilities located near Acca Yard. The third article is from the December 1962 issue of Railway Locomotives and Cars magazine and is titled “Cars, Diesels Repaired in One Shop.” It describes the layout of the Bryan Park facility that replaced the previously mentioned Acca Yard shop. We have included as many pictures as possible to explain the activities that occurred there. We are also proud to present articles by Robin R. Shavers ("Railfanning the RF&P Railroad") and first time authors Bob Piper ("Signalling on the RF&P in the 1930’s") and Carl Atkinson ("Working at Broad Street Station in the 1950s"). Craig Harrison, our Modeling Editor, updates us on the many new products along with a “Call to Action” on behalf of the many RF&P modelers. Also featured are several photographs of RF&P railroaders at work. We must always find ways to pay tribute to the individuals who gave so much to make the railroad a success.