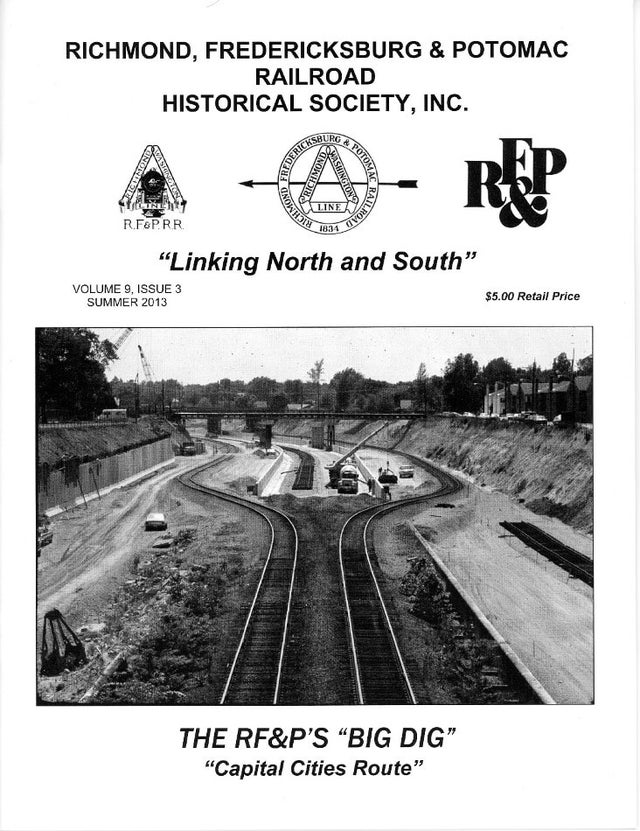 In this issue, the Society focuses on Richmond Virginia's "Belt Lines" which were the two RF&P/ACL's routes into the city. A big thanks goes to Old Dominion Chapter, NRHS, member Steve Tarrant for allowing us to reprint his article. Since many of our members may not be aware of the work that was involved in creating the RF&P's "Rail-O-Gram" magazine, this issue covers how each issue was constructed and issued to the railroad's employees. There is also an article about how the ACCA train office kept track of the engine crews that worked out of that office. And, last but certainly not least, the Society's modeling editor has the last word on how things are developing in the railroad modeling world.